As most people know, Iceland lies in the middle of the north Atlantic, distanced from it’s Nordic countries and cultures. So it’s not surprising that Iceland have developed a few quirks and cultural oddities (not odd here).  Also, it’s physical location has helped to develop means to cope with the harshness, the hard winters and mild summers. We compiled a list with 60 facts many new visitors finds odd but fun (in most cases). Enjoy!

1. Iceland got the newest land on earth when Surtsey erupted in 1963 and created an island but we have the oldest parliamentary institution in the world.

5. Iceland is one of the few countries in the world that has black sand beaches. 6. Icelandic is one of the oldest languages in the world.

7. Iceland has the longest work week in Europe.

8. People in Iceland don’t say “You are welcome” as a response to “Thanks for dinner”. They say “Verði þér að góðu” which can be translated to “Hope the food will do you well”.

9. Icelanders leave their babies to nap outside all year around, in almost any weather.

Test yourself: Take our Iceland Quiz!

10. Icelandic horses which are transported abroad are never allowed to enter the country again.

11. The geothermal water which are used to heat up houses here, must be cooled down before entering the heating systems.

12. When looking up people in a phone directory, names are sorted by their first name, not their surname.

14. Iceland has around 120 active volcanoes.

15. When babies are given names, the names has to be approved by a special naming committee.

16. Icelanders like to drown any food in sauces. Fish, meat, poultry, desert. Anything that goes into the mouth can be drenched in sauce!

18. Iceland is the most sparsely populated country in Europe.

19. There is an Icelandic anti-incest app to prevent relatives from dating each other.

20. Surfing in Iceland is a growing sport.

21. Leif the lucky, son of Erik the red, arrived to North America some 500 years before Christopher Columbus.

22. Professional boxing is forbidden in Iceland.

23. In marriage, women do not take their husband’s last name. (rarely)

24. The last Icelanders who lived in caves left the caves in 1922 to live in Reykjavik.

25. Reykjavik is the most northern capital city in the world.

26. The highlands in Iceland is uninhabited. 29. The Arctic fox is the only indigenous land mammal in Iceland. 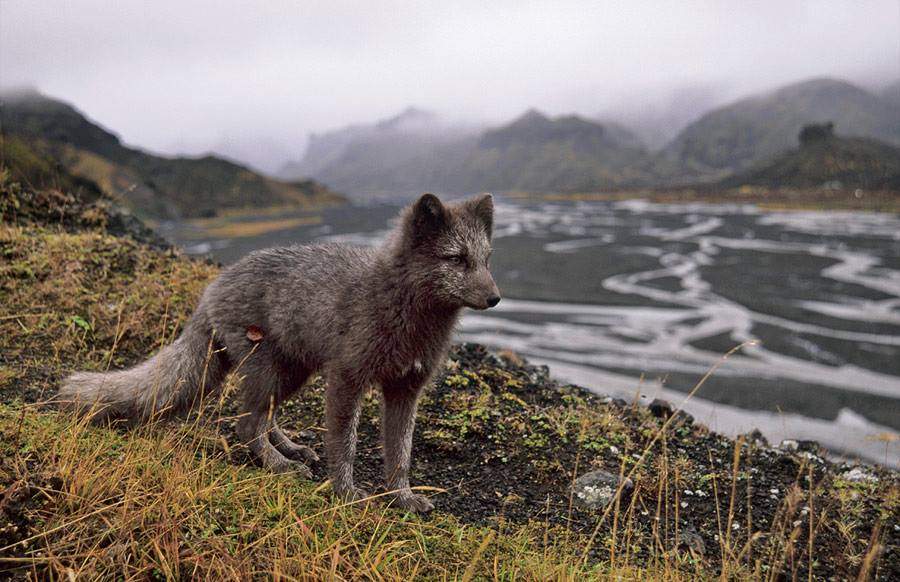 30. The Ring road is the only national “highway”.

31. You can drink from any tap in Iceland. (don’t waste money on bottled water)

32. There are no trains in Iceland but that might change in the near future with a high speed train going between Keflavik and Reykjavik.

33. There is no army in Iceland and the police force are unarmed.

34. The last pair of the now extinct bird the Great Auk was killed in Iceland in 1844 on the island of Engey.

35. Iceland is one of the last places on earth to be settled by humans.

36. There is no daylight saving in Iceland. (moving the clock back and fourth an hour)

37. The word berserk as in “going berserk” comes from the Viking family Berserks who was known to loose it in battle and go crazy.

38. About 85% of the houses in Iceland are heated with geothermal heat. 40. The eruption of Laki volcano between 1783 to 1784 is believed to have triggered the French revolution.

41. The third oldest written text in history about fly fishing is found in the Icelandic sagas. (Njáls saga) 42. The colors in the Icelandic flag symbols fire and ice. The meaning of the blue color is not clear. Some say the ocean, some the sky and others it’s the blueish tint mountains in the distance can create.

43. Icelanders drink more Coca Cola per capita than any other nation in the world.

44. Technically speaking, there are no mountains in Iceland, only valleys carved out by glaciers.

45. There is a penis museum in Reykjavik.

46. Icelanders swim in swimming pools outside all year around.

48. For many years, Iceland had the biggest banana plantation in Europe.

49. Látrabjarg in the Westfjords is Europe’s biggest bird cliff and Europe’s westernmost part.

50. 65% of Icelandic children are born outside marriage.

51. Vigdís Finnbogadóttir was the first woman in the world to be democratically elected President.

52. There are 600 moss species in Iceland and they cover over half the island.

53. When you arrive at BSÍ bus station in Reykjavik, you can order Kjammi og Kók which is half a sheep’s head and a Coca Cola.

54. The average monthly cost for heat, water and electricity in Reykjavik is just under 100 US dollars (2017)

55. Reykjavik has the only artificially heated ocean beach in the world.

56. You don’t tip in Iceland but if you do, no one gets offended.

57. Iceland has 5 prisons and two of them has no guards and criminals are put on a waiting list to serve their time in prison because there aren’t enough available jail cells.

58. Iceland has a national day to celebrate its language.

59. There are no Polar Bears in Iceland, but they occasionally swim in from Greenland.

Which of these facts did you not have a clue about? Feel free to comment below! There are of course plenty more quirky facts but you have to come here and find out yourself!  🙂